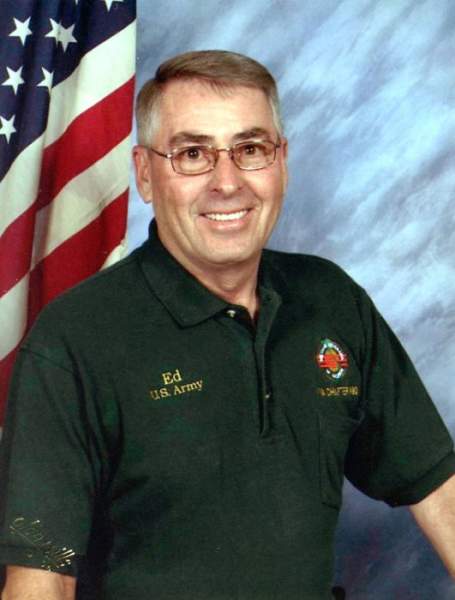 Smithfield, NC: Mr. William Edward "Ed" Thompson, age 71, of 94 Hillcrest Road, died Monday, March 23, 2020 at Wake Medical Center in Raleigh.  A Graveside Service will be held 3:00 PM-Thursday, March 26, 2020 at the Hills of the Neuse Memorial Gardens in Smithfield. Mr. Jimmy Clapp will officiate.             Mr. Thompson was born on December 25, 1948 in Johnston County to the late Edgar and Lela Frye Thompson. He was preceded in death by his brother, Dennis Thompson. Mr. Thompson was the co-owner and operator of the T and H Bodyworks in Smithfield, and was a US Army Veteran serving during the Vietnam War. He was also a member of the Johnston County Vietnam Veterans Chapter 990 and the VFW in Smithfield.             Surviving include his wife of 52 years, Patricia H. Thompson of Smithfield; daughters, Debbie Clapp and husband, Jimmy of Morehead City, NC, Teresa Moser and husband, Patrick of Smithfield; grandchildren, Joshua Clapp, Ashley Clapp, Madison Moser, MacKenzie Moser; sisters, Gail Bizzell and husband, Donald of Wilson Mills, Janet Parker and husband, Randy of Four Oaks; several nieces and nephews. Mr. Thompson loved all of his family and friends but he had two special buddies, Danny Hudson and Bruce Thompson.             Mr. Thompson will lay in state 9:00AM to 1:30PM on Thursday, March 26, 2020 at Rose & Graham Funeral Home in Four Oaks.             The family will receive friends at the home as well as following the graveside service on Thursday. Flowers are welcomed; however, memorials may be made to the Johnston County Vietnam Veterans Chapter 990, P.O. Box 1246 Four Oaks, NC 27524.             Due to the current health concerns the family understands if you are not able to join them for the graveside service. Your thoughts and prayers are appreciated.         Arrangements by Rose & Graham Funeral Home in Four Oaks, NC 27524.
To order memorial trees or send flowers to the family in memory of William Edward "Ed" Thompson, please visit our flower store.