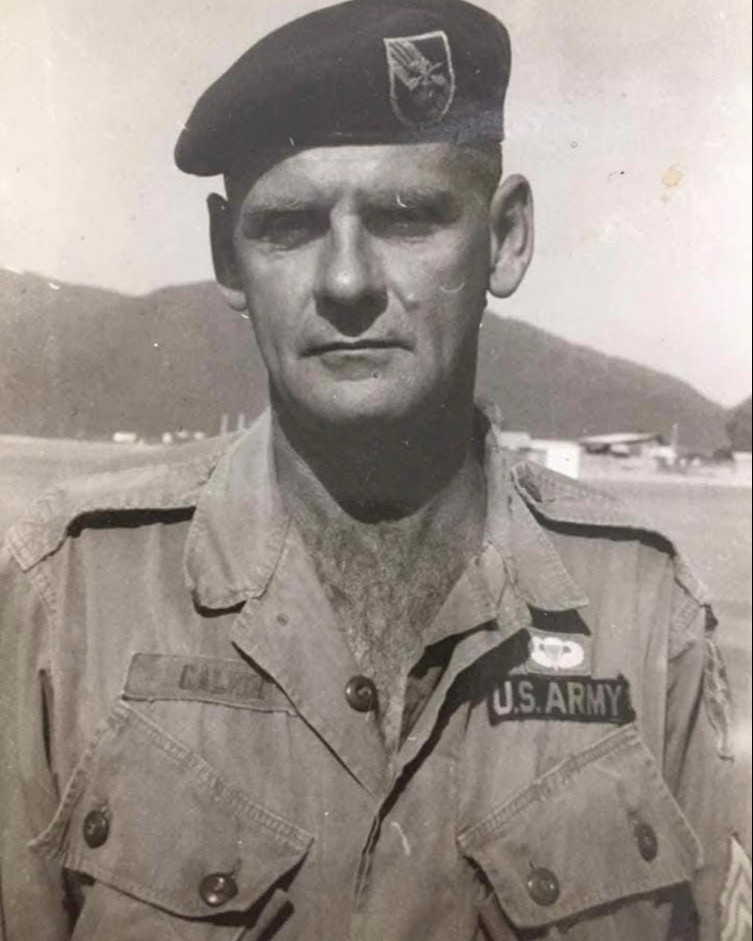 He was born on February 3, 1926, in Yonkers, NY to the late Freeman and Margaret Calkin. He is proceeded in death by his sister Florence and brothers Roy and Hervey Calkin.  Married for 70 years, he is survived by his wife, Janice Calkin of Benson. He is also survived by his daughter, Deta Calkin of Benson, NC, sons Warren Calkin, Jr. (Lynn) of Orlando, FL, Brant Judson Calkin (Cynthia) of Wilmington, NC and Michael James Calkin (Lyndsay) of Raleigh, NC. He is also survived by 10 grandchildren and 19 great-grandchildren. His family was his pride and joy and he relished in gathering everyone together at any opportunity.

Sgt. Maj. Calkin’s 32 year-long military career began with service in 1944 during World War II. He was deployed to the South Pacific and served honorably until the conclusion of the war. He later joined the 82ndAirborne Division and served with the Artillery for 7 years. He then joined the newly formed Special Forces Unit known as the Green Berets in 1952 as one of its original members, serving in the 5th and 7th Special Forces Groups. He served in multiple tours to Vietnam and Southeast Asia until his retirement in 1975 after which he became a Jumpmaster and logged over 650 airborne jumps. He was also awarded the Bronze Star, Presidential unit station and many other commendations.

He then went on to graduate from Campbell University with a Bachelors in Business and began a new career as Manager of H&R Block offices in Wilmington, NC. During his time in Wilmington, NC, he gave his life to Jesus Christ, and served Him by attending Christ for the Nations Institute in Dallas, TX and then serving on the mission field across the globe to include the bible school he helped to found in Montego Bay, Jamaica.

In lieu of flowers, it was his wish that donations to be made to the homeless and shelters and organizations that serve them. He had a heart for the homeless and volunteered whenever possible to help.

Family will receive friends immediately following the service at the home.