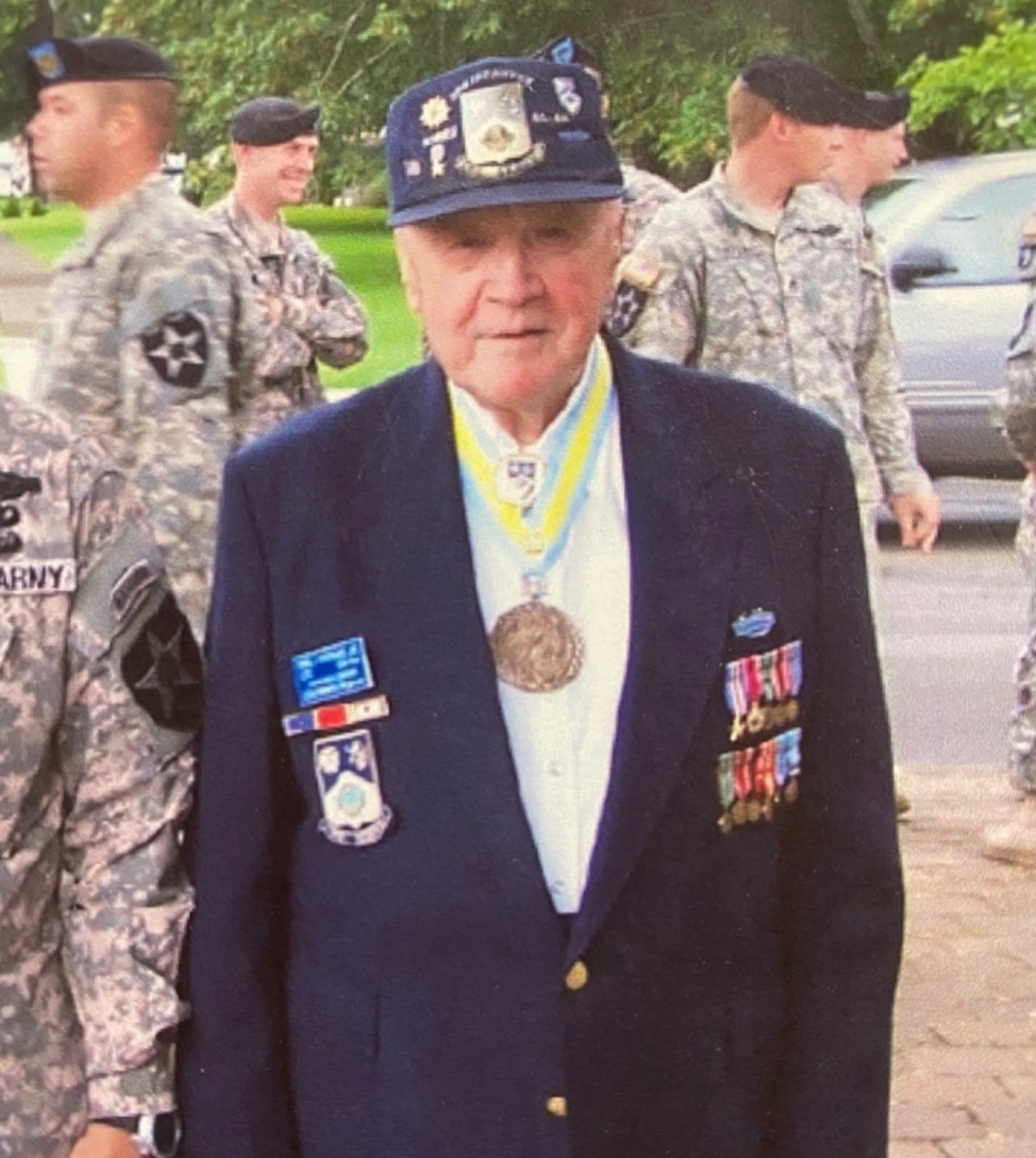 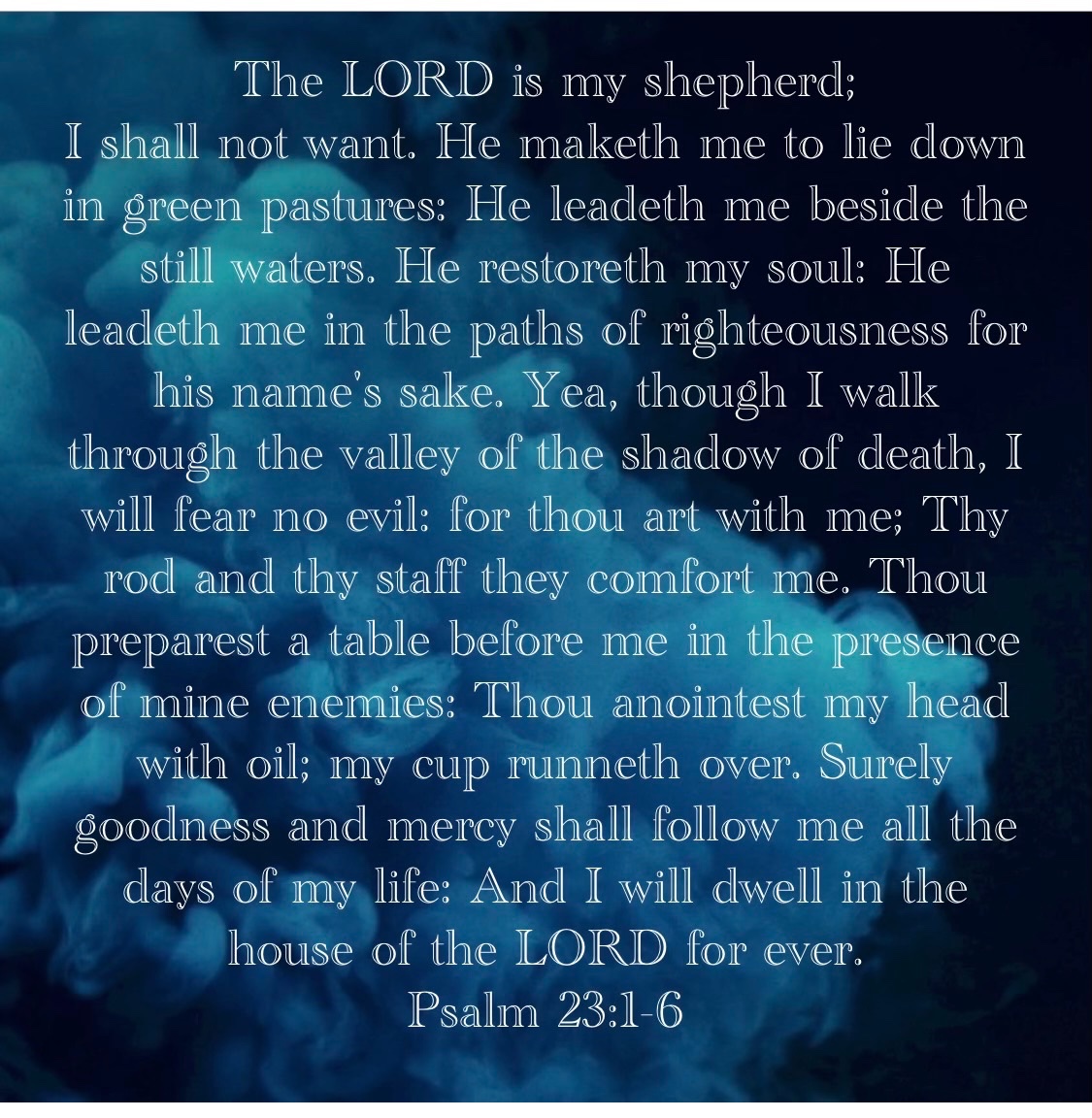 US Army LTC (retired) Emil Joseph Stryker Jr., age 98, passed away Sunday, October 31, 2021 at his residence in Benson, NC, USA. Funeral Services will be held with full Military Funeral Honors with Military Escort in Arlington National Cemetery in Washington, DC in the morning of December 30, 2021. LTC Stryker requested the Military Band play his favorite song “Stouthearted Men.” His favorite Bible verse was Psalms 23 and he loved the Serenity Prayer.
LTC Emil Joseph Stryker Jr. was born on November 7, 1922, in South Boston, Massachusetts, to the late Emil Joseph and Annie Mae Bucknam Stryker. He retired from the US Army after over 30 years of active-duty service. LTC Stryker’s illustrious career spent in Patriotic service to his country included his arrival to the WWII European theater of operations via Utah Beach on August 14, 1944 (LST-B-1248). He continued through France via Saint Mere Eglise, LeMans, Hartencourt, Reims, and on to Steinfort, Luxembourg on October 9, 1944 where he was during the WWII Battle of the Bulge (NUTS!) After that, then Corporal/E4 Stryker, attended Class 25 of Officer Candidate School in Fontainebleau, France and graduated as an officer in June 1945. December 1947, then 1LT Stryker was assigned to the 23rd Infantry Regiment in Fort Lewis, WA where he served with Companies A, B, C, and D before being handpicked to set up the Alaskan defense system in 1948 as a “special Airborne/Ranger platoon.” In 1950, 1LT Stryker went to Korea as the XO and rifle platoon leader and fought bravely and with distinction for gallantry in the Battles of Chipyong-ni and Kunu-ri. In 1954 he was assigned as the Company Commander of a Student Officer Company at Fort Benning, GA. He became the Communications Instructor at the Infantry School in 1956 and gave briefings to many National and International leaders. His proficiency in French served him well from 1959 to 1962 when he served in Orleans, France with the 3rd Logistical Command with responsibilities for all US military units in Europe and Africa. After Command & General Staff College in 1963, he was assigned to the Pentagon as Chief, Training Branch, Operations Division, Tactical Communications Directorate where he was involved in communications for the entire U. S. Army. In July 1965 he was the Signal Advisor for the Infantry, Artillery, and Armor groups and he went to Vietnam to “visit” their major headquarters as well as units like the Special Forces A-Teams. Following a State Department French course to make his French proficiency official, he was assigned as the Deputy Chief, Military Mission to Liberia, West Africa. He retired in July 1974 as the Chief of Staff, 2nd ROTC Region in Fort Knox, KY. Retirement from active duty was followed by what he termed his highest honor of being appointed as the 1st Battalion, 23rd Infantry Regiments’ Acting Honorary Colonel on June 8, 2000. LTC Stryker LOVED these brave soldiers; his comrades in arms!
LTC Emil J. Stryker Jr.’s military awards include the Combat Infantryman Badge, Silver Star (Korea), the Legion of Merit, Army Commendation Medal, Good Conduct Medal, Presidential Unit Emblem, Meritorious Unit Emblem, American Campaign Medal, European-Africa-Middle East Campaign Medal, World War Victory Medal, Army Of Occupation Medal with Germany Clasp, National Defense Service Medal, Korean Service Medal, Republic of Korea Presidential Unit Citation Badge, United Nations Service Medal, Marksmanship Badge with Carbine and Pistol Bars, and World War II Honorable Service Lapel Button, and the Military Order of Saint Maurice-Primicerius. Other accolades include the award of a special medal and certificate of appreciation by the President of CEBA (Cercle d’Etudes sur la Bataille des Ardennes) for Luxemburg, and being named as Distinguished Member of the 23rd Infantry Regiment (by order of the Secretary of the Army).
He was preceded in death by his former wife and mother of his daughter, Marie-Therese Albert Stryker of Luynes, France and the following siblings: Corinne Mae Bonarrigo, Karl Edward, Gordon Anton, John Clinton, Robert Lewis, and Paul Arthur. He is survived by his wife of 48 years, Yvette Francoise Reddet Stryker; daughter, Sylvie Therese Stryker Keller and husband, Charles; grandchildren, Amber Keller and Michael Keller; sister Joan Dorothy Farrell; and many nieces and nephews across the United States of America and France. LTC Stryker’s service inspired both his daughter, Sylvie, to join the Army where she served as an Army Nurse in the 47th Combat Support Hospital in the Persian Gulf War. He also inspired his granddaughter, Amber, to join the Army where she is a current Army Nurse and has also been assigned to Fort Lewis.
In lieu of flowers, the civilian portion of his family requests that you remember LTC Stryker’s beloved military family, the brave men and women past, present, and future, who have or are or will serve in the US Army. Donations to your favorite organization benefitting these brave soldiers could be made in his name or you could support Southeastern Guide Dogs in his name. South Eastern Guide Dogs helps military veterans with PTSD, vision loss, Gold Star Families, and others and as a non-profit organization, their services and dogs are given fully trained and free of charge. LTC Emil Stryker Jr.’s daughter and grandchildren are very active in this organization and their current walkathon page for the current puppy, Tammy, which they are raising for SEGD can be found via the Southeastern Guide Dogs’ 2022 Walkathon page at http://participate.guidedogs.org/goto/Stryker
Condolences, pictures, and/or great stories of your memories or lessons learned with/of LTC Emil J. Stryker Jr. may be sent to the family at WWW.ROSEANDGRAHAM.COM .

Arrangement by Rose and Graham Funeral Home in Benson, NC.

To order memorial trees or send flowers to the family in memory of US Army LTC (Retired) Emil Joseph Stryker, Jr. , please visit our flower store.