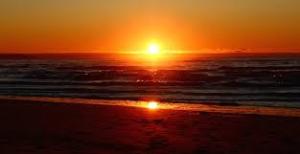 Lillington, NC: Mr. Steve Gray Langdon, 68, passed away on Monday, April 27, 2020 at Emerald Health and Rehab.  A Private Graveside Service will be held at Coats City Cemetery. Rev. Tim Williford will officiate.             Mr. Langdon was born on July 22, 1951 in Wake County to the late William Bernice and Martha A. Johnson Langdon.  He was preceded in death by his brothers, Bernice Langdon and Brodie Langdon and sisters, Rose Marie Langdon and Julia Meyers.                  Surviving include his brothers, Rex Langdon and David Langdon; sisters, Juanita McLeod and JoAnne Hood; several nieces and nephews.             Arrangements by Rose and Graham Funeral Home in Coats, NC
To order memorial trees or send flowers to the family in memory of Steve Langdon, please visit our flower store.