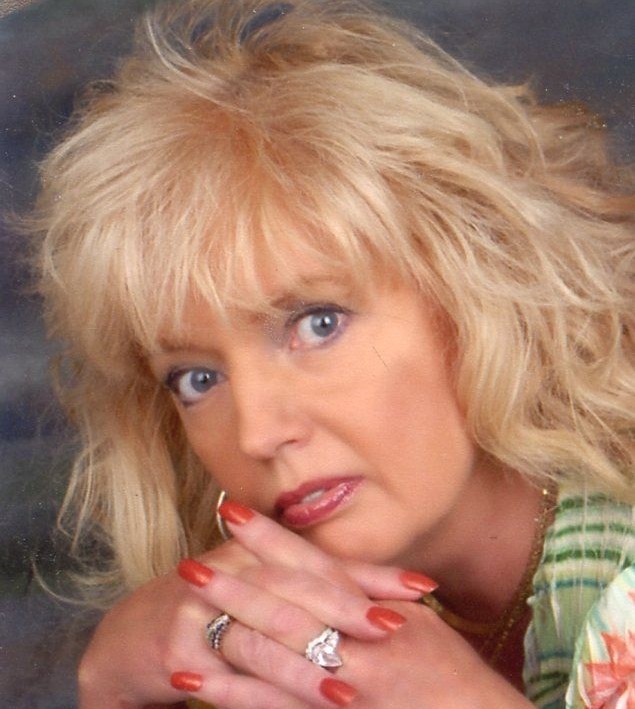 Mrs. Patsy Byrd Guthrie, age 72 of Garner, NC was called home to be with her
Lord and Savior on Tuesday August 9 th, 2022, at her residence on Tarpley Way in
Garner, NC.
Patsy was born May 27,1950 in Harnett County, NC to the late Hezzy Carr
Byrd and Eleazer Grimes Byrd of Benson, NC. She was preceded in death by her
first husband Jerry Sorrell and her sister Judy Byrd Barbour.
Patsy was an avid and talented painter. Painting was just one of her many
talents including cooking, baking, sewing, and gardening. Anytime she was invited
to a friend or family members home for a meal, she always arrived with a fresh
home baked cake in hand. She truly loved cooking for her family, and she was an
amazing cook. She made another of her passions her profession when she attended
Cosmetology school in Raleigh, NC and opened her first shop in Garner NC where
she was self-employed for many years.
She spent her life devoted to animal rescue and their care. Her home became
their safe-haven and forever home. Patsy attended church at Garner United
Methodist church in Garner, NC. She was loved and will be missed by all who
knew her. She was one of God’s beautiful children, inside and out.
She is survived by her husband Jerry Guthrie of Garner; sisters, Tammy Rose
Byrd, Janet Leigh Byrd both of Benson; brother, Charles Don Byrd and wife, Jean
of Benson; nieces, Amy Barbour Clayton, and Kristen Byrd Cone; nephew,
Charles Don Byrd Jr.; and several cousins.
Funeral Services will be held-2:00 PM Thursday, August 18, 2022, at Rose and
Graham Funeral Chapel in Benson, NC. Burial will follow-10:00 AM Friday,
August 19, 2022, at Sandhills State Veteran Cemetery in Spring Lake, NC.
Family will receive friends from 1:00PM to 1:45PM prior to the service at Rose
and Graham Funeral Home in Benson, NC.

To order memorial trees or send flowers to the family in memory of Patsy Byrd Guthrie, please visit our flower store.