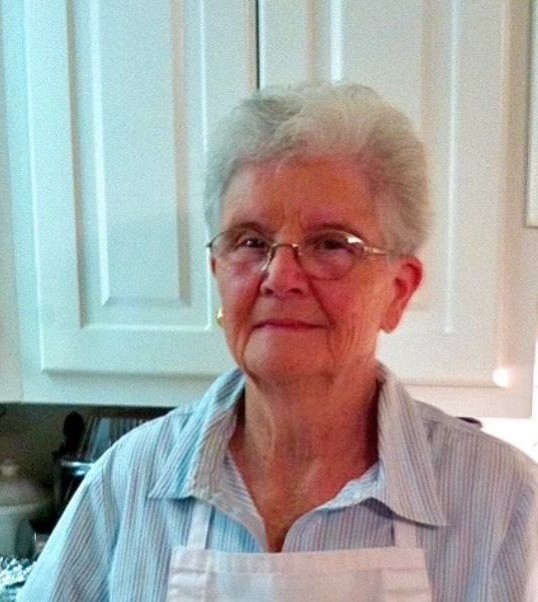 Nellie was born on May 10, 1931 in Sampson County, NC to the late Facie Everette and Blanche Thornton. Along with her parents, she was preceded in death by her loving husband of 47 years, James Worth Westbrook; her youngest son, Timothy Aldon Westbrook; brothers, Tom, Blake, Jerry, and Dale. Nellie was a farmer’s wife, she could sew, grow, or cook anything and make it look easy. Her kitchen table always had enough room for all who darkened her door. Nellie’s garden was meant for sharing with others. Her time was spent raising her family and helping her community. She was a member of Ebenezer Methodist Church where she served in many capacities.

The family will receive friends immediately following the committal service and other times at the home of Worth and Kay Westbrook, 600 Bass Road, Four Oaks, NC 27524.

The Westbrook Family would like to thank the staff of Rolling Ridge Assisted Living in Newton Grove and Pruitt Health and Hospice for their love for Nellie and their compassionate care.

Arrangements are by Rose & Graham Funeral Home in Benson, NC.

To order memorial trees or send flowers to the family in memory of Nellie Grace Thornton Westbrook, please visit our flower store.