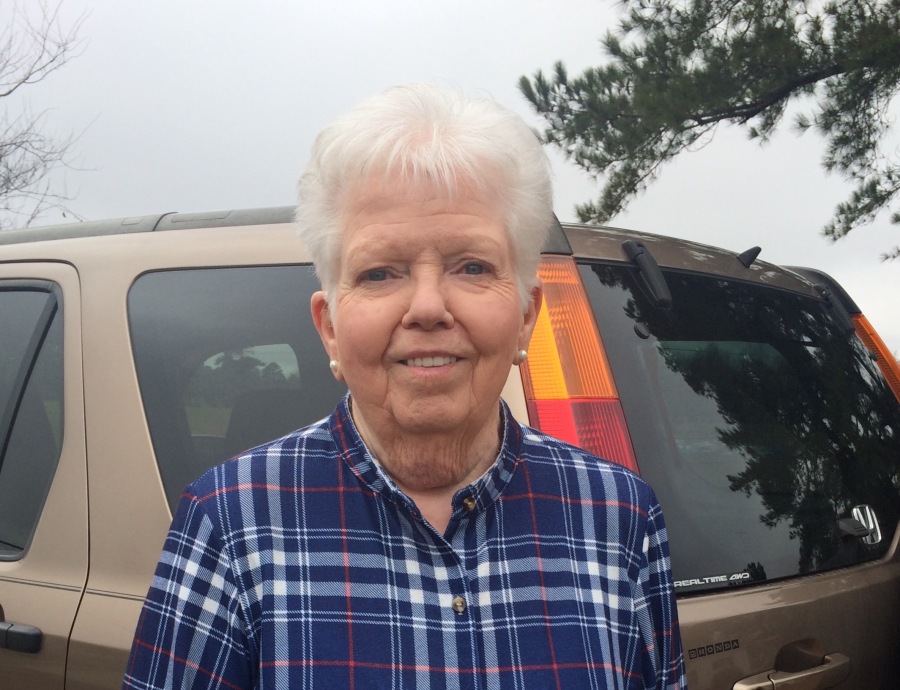 Miss Judy Mae Johnson, 73, went home to be with her Lord and Savior on Saturday, January 9, 2021 after suffering a massive brain stroke. She lived in Dunn, NC but was born in Annapolis, MD. Judy lived her life in service for the Lord. She always put others before herself and considered it a great privilege to do for others. She was a talented artist although she seldom let it be known. Judy loved preparing peanut brittle for family and friends. It brought her much joy. Along with her sisters in Christ, she enjoyed crocheting prayer shawls and carrying them to the sick.            Upon graduation from Annapolis High School, she became an Administrative Assistant in the Computing Center at the United States Naval Academy in Annapolis, Maryland for ten years. Upon the passing of her father she became the primary caregiver for her mother who suffered from Alzheimer's. So she returned to her parent’s original hometown. She became Night Supervisor at the City of Raleigh Word Processing Center in Raleigh. She also spent three years as a Financial Officer at Campbell University and retired after twenty years at North Carolina University where she was an Administrative Assistant. After retirement she worked at Good Hope Hospital in Admissions until they closed three years later.            Judy played the piano at Freedom Chapel Church in Coats before moving to Red Hill PFWB Church in Coats where she served as Treasurer/Secretary and Janitor. She was a member of the Ladies Auxiliary and Choir. She loved her church family to the uttermost. The true love of her life was her nieces and nephews along with her great nieces, Grace and Avery and great nephew, Chase Foisy (better known as her grandchildren). She was so grateful to have been a part of their lives and thought the world of them and her cousins also.            Survivors include her identical twin sister, Joan Johnson Grimes and husband Bennie Joe Grimes of Coats; Jasper Johnson of Tracys Landing, MD, Sharon Johnson of West Virginia and several nieces and nephews. She was preceded in death by her parents, Zeb D. Johnson Sr. and Esther Mae Norris Johnson; brothers Zeb Johnson, Jr. and wives Betty and Bonnie, Ronald Johnson; sister-in-law Peggy F. Johnson, and nephew Bennie Joe Grimes, Jr. Due to COVID-19 a memorial service will be scheduled at the church at a later date. She will be greatly missed. Arrangements by Rose & Graham Funeral Home in Benson, NC .
To order memorial trees or send flowers to the family in memory of Judy Johnson, please visit our flower store.

Family to do services at later date