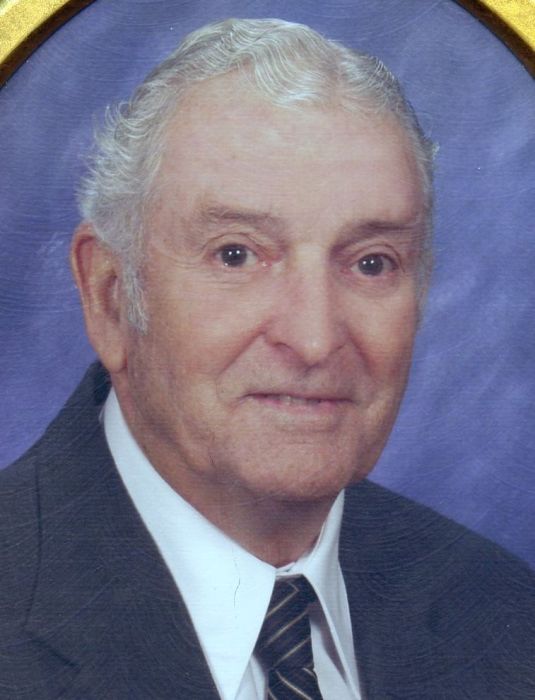 Benson, NC: Mr. Hervey V. “H.V.” Byrd, Jr., age 96, passed away peacefully on Friday, January 31, 2020 at his residence. Funeral Services will be 2:00 PM, Sunday, February 2, 2020 at Benson United Methodist Church in Benson.  Officiating will be Rev. Billy Olsen. A private graveside will be held at Roselawn Cemetery in Benson with Military Honors.             Mr. Byrd was born on May 27, 1923 in Johnston County to the late Hervey V., Sr. and Hattie B. Byrd. He was preceded in death by his wife, Helen Massengill Byrd; sisters, Pearline Morrison, Geneive Jackle, Mildred Johnston, Vivian Ulrich; brothers, Cleo Byrd and Melvin Byrd. Mr. Byrd retired from Chicopee in Benson. He was a WWII Veteran serving our country in the Navy and was a member of the American Legion Banner Post 109 in Benson. Mr. Byrd was a member of Masonic Relief Lodge 104 and was a member of Benson United Methodist Church.             Surviving include, daughter, Patricia B. Bass and husband, Bruce of Benson; sons, Phillip Byrd and wife, Kathie of Hope Mills, Neil Byrd and wife, Kathy of Benson; grandchildren, Patti Byrd, Adam Byrd and wife, Kendra, Jake Byrd, Brittany Byrd; great-granddaughter, Briana Byrd; several nieces and nephews.             The family will receive friends from 1:00PM to 1:45PM Sunday, February 2, 2020 prior to the service at Benson United Methodist Church Fellowship Hall and other times at the home.             The Byrd Family would like to extend a special thanks to Mr. H.V.’s caregivers who cared for him like a second father.             Flowers are welcomed; however, memorials may be made to Liberty Home Care and Hospice 105 Hunt Valley Drive Dunn, NC 28334 or Benson United Methodist Church P.O. Box 72 Benson, NC 27504.             Arrangements by Rose and Graham Funeral Home in Benson, NC
To order memorial trees or send flowers to the family in memory of Hervey V. "H.V." Byrd, Jr., please visit our flower store.