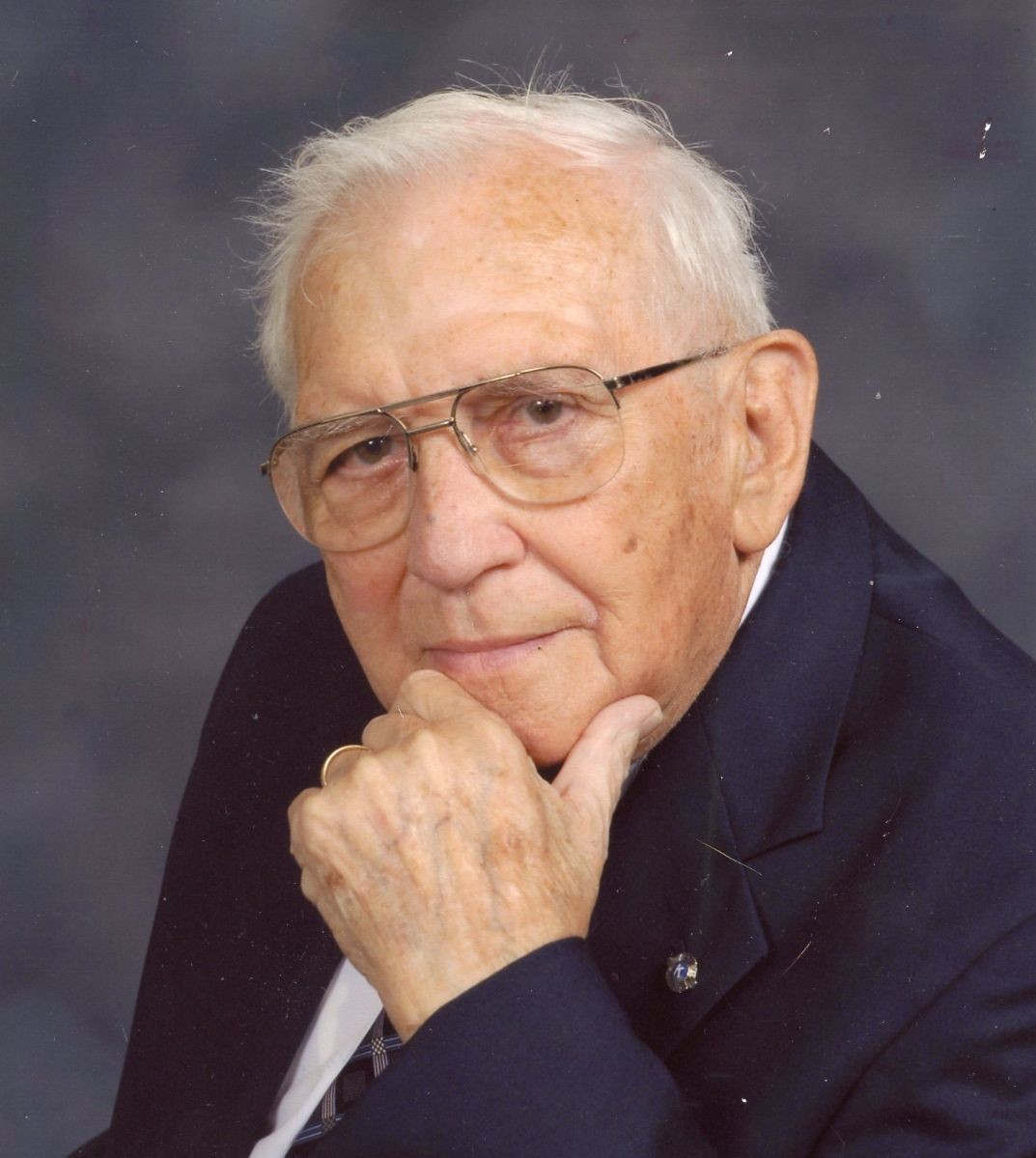 Mr. Harold Mather Medlin, age 97, of West Hill Street passed away on Tuesday, May 24, 2022 at UNC Johnston Health Hospital in Smithfield surrounded by his loving family.  Funeral Services will be held at the Rose & Graham Funeral Home Chapel in Benson on Friday, May 27, 2022, at 3:00PM. Entombment will follow at the Roselawn Community Mausoleum in Benson. Officiating will be Rev. Clay Parker.

Mr. Medlin, known as the town historian, was born in 1924 to Ralph and Nora Medlin in Elevation, and grew up in Benson.  He was preceded in death by his wife of 60 years, Margaret Lassiter Medlin, and his grandson Scottie Medlin.  He is survived by his sons and their wives, Scott & Julie Medlin and Hal & Corine Medlin.  Also surviving are grandchildren Kim Hall and Greg Strickland, and great granddaughter Sydney Creech.

As a young man, Mr. Medlin worked for the Atlantic Coastline Railroad.  He also worked with WCKB radio in Dunn hosting a Gospel show from his studio at home as well as broadcasting The State Singing Convention.  Later, he worked in the family businesses, Medlin & Dorman, Inc. and Ralph Medlin & Sons, Inc. (which included Medlin Hams and the Fencer Shop).

Mr. Medlin had a desire to serve his community.  He served as a past commissioner on the Benson Town Board, served seventeen years on the Johnston County Board of Education, was a member and past president of the Benson Chamber of Commerce, was a Johnston County chairperson of the March of Dimes helping to raise funds to help defeat polio in the 1950s, he was president and member of the Benson Kiwanis Club for thirty-eight years, and was instrumental in founding and serving on the board of the Benson Museum of Local History.

One of Mr. Medlin’s hobbies was photography.  He has taken thousands of pictures of Benson and the people of the area.  Many of the pictures he took and historical photographs he was able to reproduce, were shared with the Benson Museum.  Mr. Medlin was honored in 2012, at the occasion of Benson's 125th birthday, celebrating his efforts to preserve the history of Benson.

To order memorial trees or send flowers to the family in memory of Harold Mather Medlin, please visit our flower store.