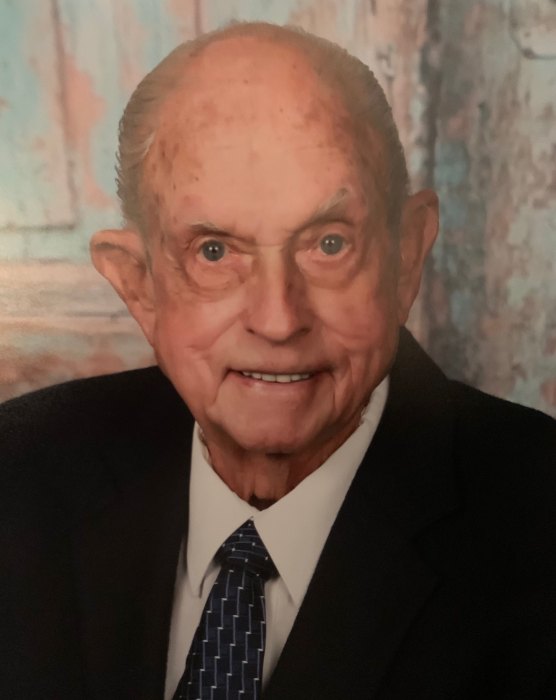 Four Oaks, NC: Mr. H. Raeford Moore, Sr., age 83, of Old School Road, Four Oaks, stepped into his eternal reward Sunday, December 22, 2019 in Kentucky. Funeral services will be held at 11:00 AM, Friday December 27, 2019 at First Baptist Church of Four Oaks.  Rev. John Norman will officiate.  Burial will follow in the Four Oaks City Cemetery in Four Oaks.      Raeford Moore, Sr. was born in Johnston County on November 17, 1936 to the late Hilbern Ray and Thelma Alene Moore.  Raeford started working on the railroad at the early age of 16. He then enlisted in the Army as an MP where he trained German Shepherds in, of all places, Germany.  After serving 4 years he met and married Rose Ann Harris in April of 1962. He and his bride took a leap of faith and moved to Virginia Beach, VA where he started working for his uncle as a carpenter.  In no time at all he was engaged in all facets of the home building experience. With this newly discovered knack and love for building single family homes, he opened his own building company. Before retiring he said he felt like he had built half of Virginia Beach as he was building as much as 65+ homes a summer.  He was an avid boater and fisherman. Every family member, neighbor and relative not only fished with him on the Chesapeake Bay but all know how to clean and then eat blue crabs with plenty of old bay seasoning. He was a long-time member of Bayside Baptist Church in Virginia Beach where he cultivated lifelong relationships.  After retiring and moving back to Four Oaks, NC he rejoined the First Baptist Church of Four Oaks, NC which he not only attended as a child but is the church he and Rose Ann were married in.  He will be missed dearly.     Surviving are his sons and daughters-in-law, Raeford, Jr. and Kelly Moore of Burlington, KY; Shawn and Lori Moore of Williamsburg, VA; six wonderful grandchildren and one great-grandchild; sisters Brenda Howell, Jean Lee and a brother, Glenn Moore.      The family will receive friends from 10:00 AM-10:45 AM, prior to the service in the sanctuary at First Baptist Church of Four Oaks, 403 N. Main Street, Four Oaks, NC 27524.     Flowers are welcomed, and, memorials may be made to the First Baptist Church of Four Oaks, PO Box 717, Four Oaks, NC 27524. Arrangements by Rose & Graham Funeral Home in Four Oaks, NC 27524.
To order memorial trees or send flowers to the family in memory of H. Raeford Moore, please visit our flower store.