Mrs. Johnson was born on March 4, 1929 in Vienna, Austria to the late Victor Josef and Anna Maria Johanna Scheiner. She was preceded in death by her husbands, William Collum and Lee Bowden Johnson. Mrs. Johnson was a model in Paris and a homemaker.

Surviving include a cousin in Austria; and several special friends.
The family will receive friends following the memorial service.

In lieu of flowers; memorials may be made to Johnston County Society for the Prevention of Cruelty to Animals, 1552 Ranch Road Clayton, NC 27520.

In accordance with NC-COVID19 guidelines, the funeral home suggests practicing social distancing guidelines and the three W’s: wait, wash, and wear a face covering. Face coverings are not required, but are kindly recommended for all services.

The family appreciates your thoughts and prayers.
Condolences may be made at www.roseandgraham.com
Arrangements by Rose & Graham Funeral Home in Benson, NC.

To plant memorial trees or send flowers to the family in memory of Gertrude "Trudy" Johnson, please visit our flower store.

Your condolence is awaiting moderation. Once approved it'll appear in the guestbook.

I want to thank the people who took care of and loved Aunt Trudy in her last years. Her North Carolina family. I know how much you all meant to her.

I also know these final weeks were a labor of love, and how hard it was. Especially making the decisions that had to make in keeping with Trudy's wishes. I had to do that for Mom a year ago. Mom was Aunt Trudy's sister. She just called her Susie.

Aunt Trudy married my Uncle Bill in 1952, and she was part of the family long before I was. My entire life was impacted by this feisty woman from Austria. Books could be written filled with stories of her, but I'll keep it brief.

She and Mom talked about when Uncle Bill brought Aunt Trudy home for the first time. They both talked about the peeps. One hundred peeps my grandmother, Aunt Wanda's mother, bought. I don't mean the marshmallow kind, the little yellow peeps that grow into full sized chickens to eat.

Aunt Trudy said she gained so much weight that Summer. America was still recovering from the war, and Europe was worse off, so she probably hadn't seen that much food in a long time, if ever. And all of it chicken.

Aunt Trudy had another story of when she came to America and met her new family for the first time. Something she never forgot, and still choked her up the last time I heard her tell it. Grandma's son, Billy, had been overseas in the Army for quite some time, but when they came home his mother hugged Trudy first, before anything else. She said she never felt so welcome.

When Aunt Trudy met the woman I was engaged to she hugged her first. I understood the significance of that act.

Aunt Trudy is indescribable, but if I was only allowed one word, it would be "welcoming"

I'm sure when it's our time to go, she'll welcome us home. 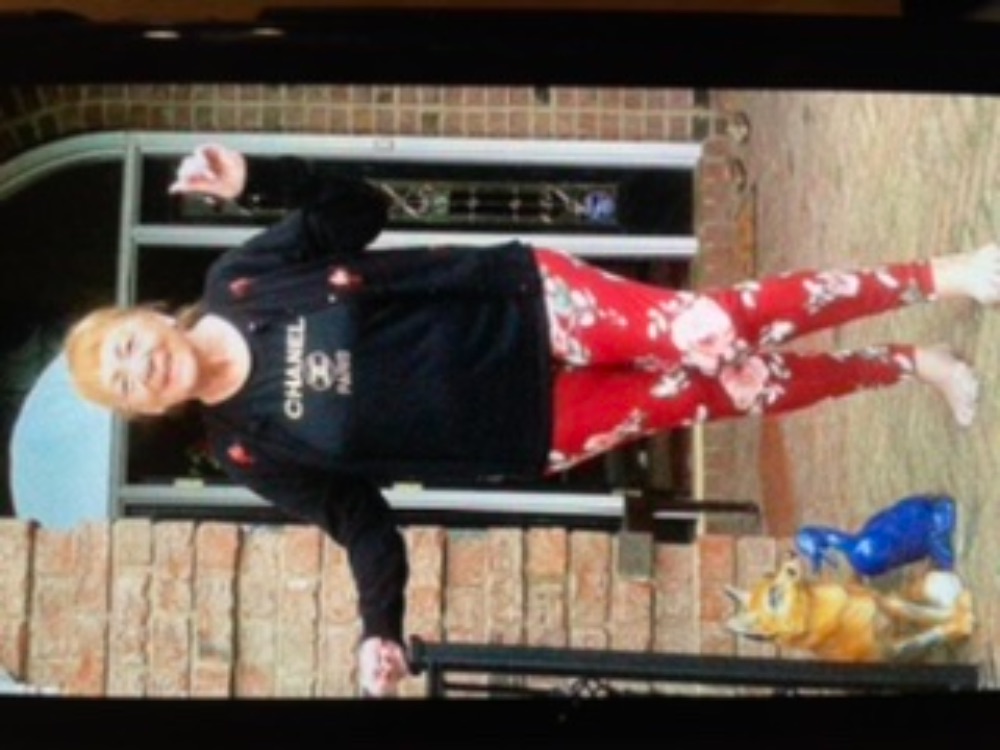 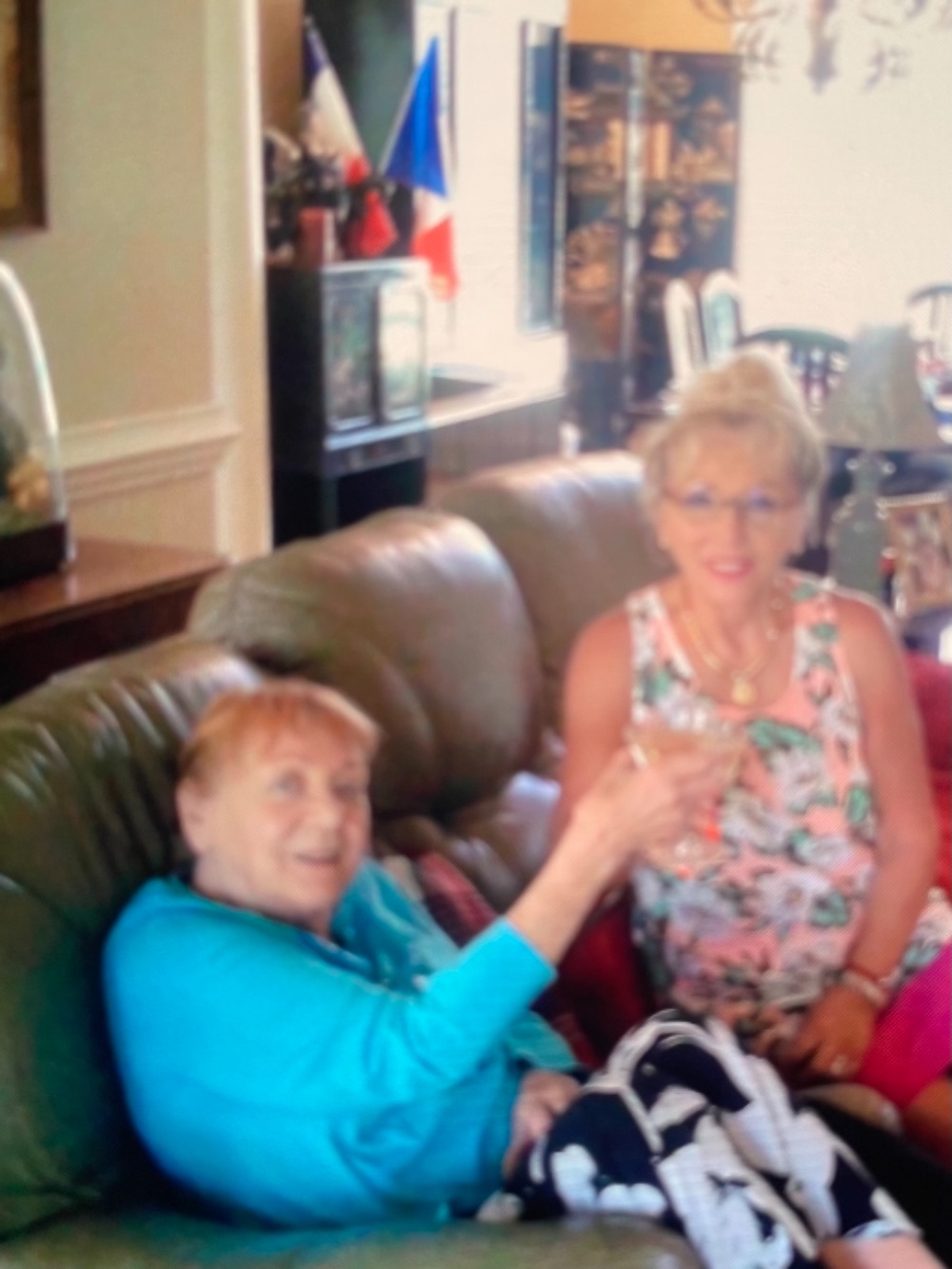 A candle was lit in memory of Gertrude "Trudy" Johnson 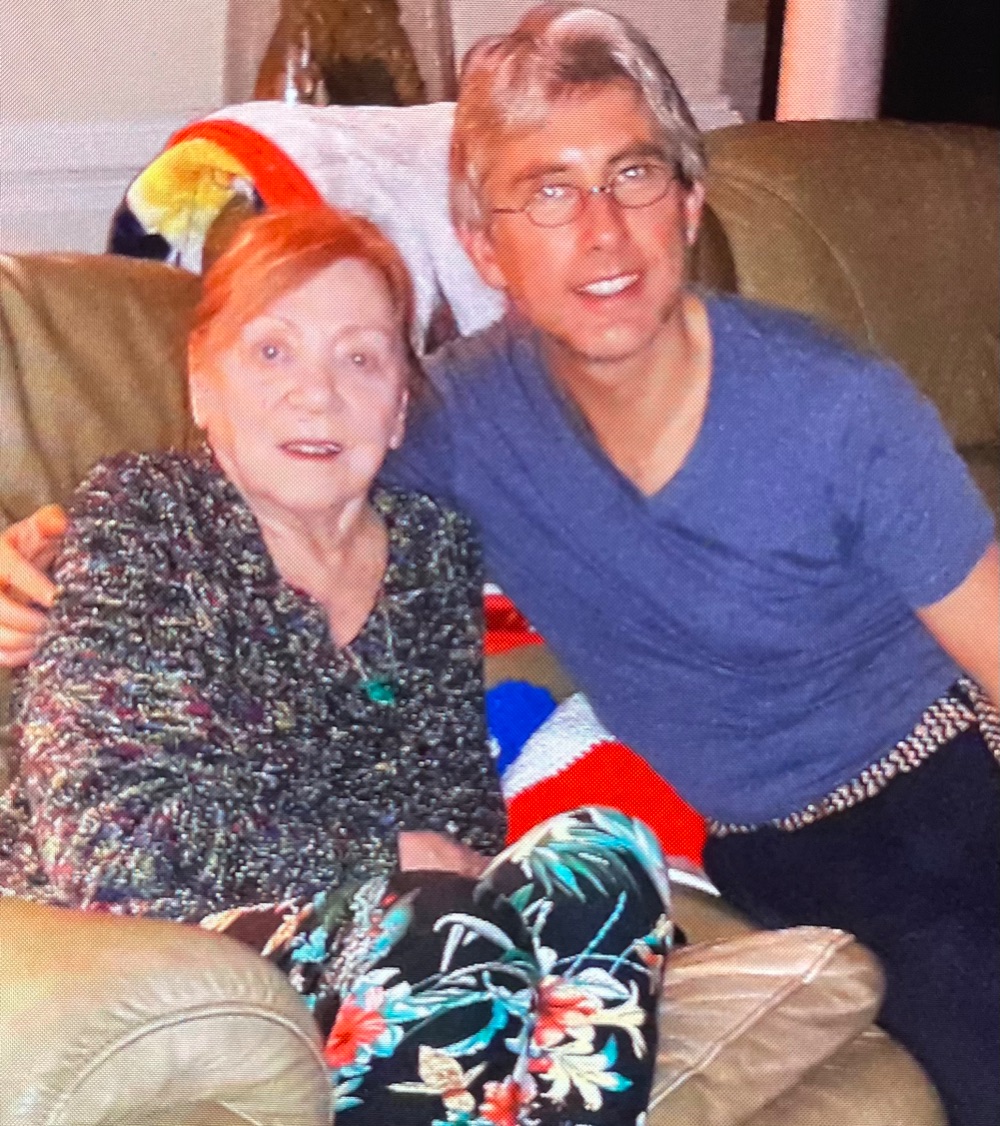 Dear Trudie we met 36 years ago in Hancock, MD. Since then you've called me "Baby Charlie" & I called you my American mother. Bill & you were my American parents!! You enjoyed talking about your life : after WW II you had fled Vienna and the horrors of the Nazis to be rescued in the French zone; You loved FRANCE and "la liberté " as you said. You lived in Paris for many years in the 50's and talked about FRANCE with heartbreaking memories. I enjoyed our time with you & Mama in Hancock where I would go every summer. I enjoyed our time in Benson when we came. We will miss your laughs, the small talks and the fun moments. You shall remain forever in our hearts and minds but I know that you protect me from where you are. With my love "je t aime , je t aime" Charlie

Ms. Trudy once told me a glass of wine a day will keep you young ! I raise this glass 🍷 for you. You brightened up a room with your smile and laughter!!! I will always cherish the talks !!! You will be missed !!!!

It was a pleasure to know and love Trudy. The stories she entertained us with, the sparkle in her eyes, the love she shared with us all will long be remembered. Big hugs in heaven, sweetheart!

A candle was lit in memory of Gertrude "Trudy" Johnson