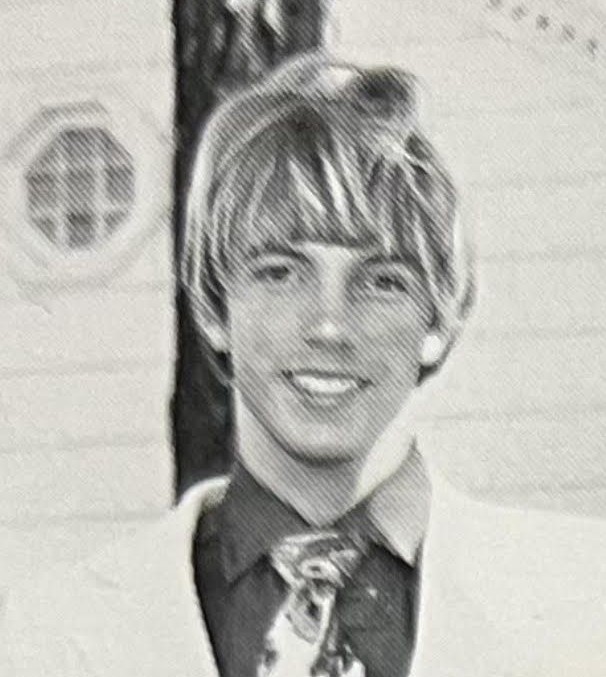 Gary Gene Weaver, 67, of Sanford, NC, passed away on July 9, 2022 after a long illness. Gary was born and raised in Coats, NC, and was loved by so many. Gary was born on July 13, 1954, the first of two sons of Doris and Gene Weaver. He was voted “Most Athletic” in his class at Coats High School, Class of 1972, where he was a talented multi-sport athlete. Gary was very intelligent, witty, and charming, and he was also a talented and funny creative writer, writing the
Coats High School yearbook’s Class Prophecy for the Class of ‘72. He truly excelled at anything and everything he put his mind to. After graduation, he first went on to Campbell College, and he later attended both Johnston Technical Institute and East Carolina University and also played college basketball.

Gary loved music, in particular musicians such as Stevie Wonder, The Beatles, Steely Dan, Wings, Leon Russell and Greg Allman. He even performed as the drummer in the band “The Paisleys” with high school friends. Gary marched to his own beat; he was witty and always had quick comebacks that were second to none. He was also incredibly generous, funny, and kind, and his smile and laughter were infectious. There are so many great stories of Gary’s actions,
shenanigans, and trendsetting ways. Gary was a member of Coats Baptist Church in Coats.

Sadly, in his 20s, Gary became profoundly disabled and eventually established residence in a group home. He lived in group homes in Garner and in Sanford for the remainder of his life. He was loved dearly by all of the staff, as well his friends and family over the years. A celebration of life was held in Sanford at his group home. There are plans for a small celebration of Gary’s life in Waynesville in the near future.

Gary was preceded in death by his father, Hubert Eugene “Gene” Weaver. He is survived by his mother, Doris Whitehead of Canton, NC; his daughter, Melissa Weaver and husband, Chris, of Raleigh, NC; two grandsons, Jacob of Reynoldsburg, OH, and Sean of Raleigh, NC; his brother, Michael Weaver of Waynesville, NC; and two nephews. Gary is at peace now, resting eternally with God. In Gary’s honor, please donate to NAMI, the National Alliance on Mental Illness: www.nami.org.

To order memorial trees or send flowers to the family in memory of Gary Gene Weaver, please visit our flower store.