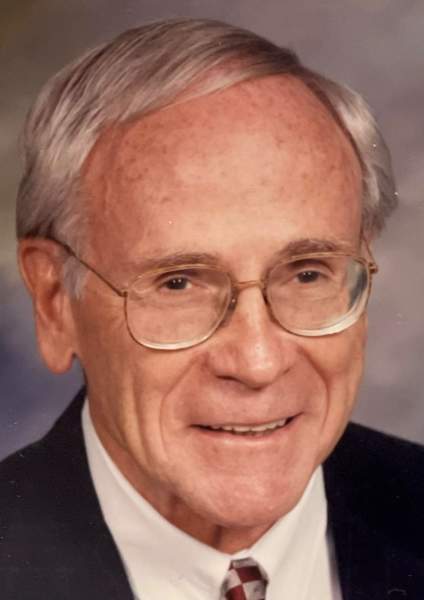 He was born on June 4, 1929, the son of Vernon and Jessie Rooney in Inspiration, AZ. He is survived by the love of his life, his wife Gay Nell; his son, Kenneth Hardinge-Rooney (Carol); his daughter Leanna Rooney; his two stepsons, Dr. Joseph Neighbors (Dr. Suzanne) and Patrick (Carol) Neighbors; and two adopted sons, Paul and David Rooney. He also leaves behind grandchildren: Blue, Alanna, Cameron, Noam, Shai, Dr. Michael, Elizabeth, Katie, Camden, and Rowan. He was preceded in death by his brothers, Dr. Frank Rooney and wife, Rosemary and John Rooney and wife, Nel.

After attending Arizona State University in 1947, Vernon graduated from Stanford in 1951 in chemical engineering. He worked ten years with plutonium production nuclear reactors at Richland, Washington, and then worked ten years with compact nuclear reactors for space purposes in California. During this time, he also received a doctorate and masters degrees from the University of Arizona. During the last 25 years of his working career, Vernon worked as a project manager for the Nuclear Regulatory Commission in Washington DC, overseeing reactor operations in many regions of this country.

Vernon was a Bible-Believing Christian, and left this world thankful that he had led a rich, full life and looked forward to meeting his Savior, Jesus Christ.  Vernon served as a Deacon and Sunday School teacher and was involved in church planting in Maryland and in North Carolina. Memorial contributions may be made to Gideons International P.O. Box 97251 Washington, DC 20090-7251 or to the College Park Baptist Church Building Fund 910 Twyla Road, Cary, NC 27519.

Arrangements by Rose and Graham Funeral Home in Benson, NC

To order memorial trees or send flowers to the family in memory of Dr. Vernon Lonnie Rooney, Jr., please visit our flower store.