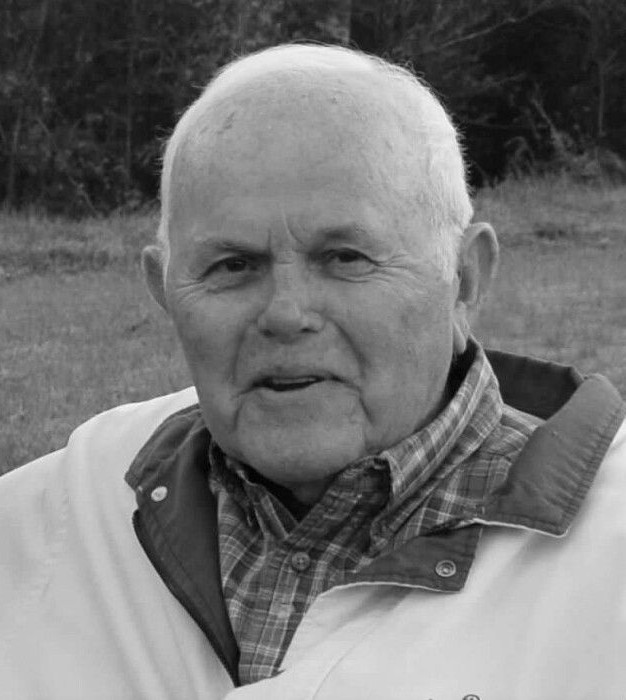 Donnie was raised on a tobacco farm in Johnston County, NC where he met his wife Martha of 59 years while cruisin’ the streets of Benson in 1958. They eventually settled in High Point, NC where he started a contract sewing enterprise called Top Mart Apparel with blue jeans as the main product. This led to his nickname of “Dungaree Man”. While running his business and with two young children, Donnie and Martha bought and renovated a farmhouse built in the 1940’s where they raised cows, hogs, horses, and various crops including a Pick-UR-Own strawberry patch in the 1980’s. Donnie was a long- time member of Green Street Baptist Church where he taught youth Sunday school, served on various committees and was a member of the John Riggs Sunday School class. He loved watching his alma mater NC State play football and basketball, including a memorable trip to see them win the basketball championship in 1983. Additionally, he was an avid outdoorsman serving as President of Price-Richardson Hunt Club in Ellerbe NC and loved to teach people the skills of hunting and fishing. His first gift to every grandchild was a NC Lifetime Hunting and Fishing license and in recent years enjoyed planting food plots for wildlife viewing. His core value was treating everyone with honesty and fairness and he lived his life as an example of this principle.
Surviving is his wife Martha Beasley of High Point; a daughter, Donna Augugliaro and husband Bart of High Point; a son, Kenneth Beasley and wife Cindy of Huntersville; a sister, Joyce Wellons of Angier; two brothers, Johnny Beasley of Raleigh and Billy Beasley of Kernersville; four grandchildren, Kelly Christy and husband Luke, Nolan Beasley, Fi Augugliaro, and Lillian Augugliaro; and a future great granddaughter due in August, Addie. He was preceded in death by three sisters, Iva Lee Reynolds, Ruby Penny, and Levidas Gainey; and two brothers, Orel Beasley and Rayvon Beasley.
Funeral services will be held at 3:00 p.m. on Saturday, April 10, in the chapel of the Cumby Family Funeral Service in High Point. The family will receive friends one hour prior to the service at the funeral home. A graveside service will be held at 3:00 p.m. on Sunday, April 11, at Banner Chapel Church Cemetery in Benson. A second visitation will be held from 1:30 – 2:30 p.m. on Sunday, April 11 at Rose and Graham Funeral Home in Benson prior to the graveside. Please feel free to wear blue jeans in memory of Donnie to all the services. Memorials may be directed to Hospice of the Piedmont, 1801 Westchester Dr. High Point, NC, 27262.
To view a live webcast of the service held in High Point, please click the link http://us02web.zoom.us/j/85682839123?pwd=OEVjaVg4Y... and use passcode: 234843.

To order memorial trees or send flowers to the family in memory of Donnie "Don" Franklin Beasley, please visit our flower store.