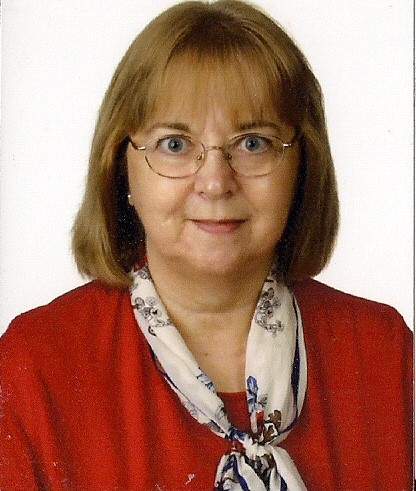 Benson, NC:  Mrs. Dianne L. Tousley, age 69 died peacefully in her sleep on July 10th in Wytheville, VA.    She was born at a very early age on December 7th, 1950 in Camrose, Alberta Canada to a family of loving Canucks and was forever proud of her Great White Northern roots. She is survived by her husband, David Tousley, her loving siblings Joan and Jim – both older than her by a mile; as well as her hoser children John Tousley and wife Diane of Raleigh, NC., Melody Pearson and husband Joel of Bradenton, FL and Matthew Tousley and wife Meghan of Grant’s Pass,  OR.  She will be dearly missed by all, including her 7 grandchildren; Brendan, Morgan, Dianne, Riley, Laura, Katelynn and Luke – all of whom she delighted in doting upon. Dianne was born the youngest of 4 children. Living and growing up between Camrose, Lacombe and Red Deer, Alberta Canada. She was reared during the “Leave it to Beaver” and “I Love Lucy” era of American pop culture. Perhaps the Canadian equivalent would’ve been “Leave it to Trapping Beavers” and “I Love Icy Lucy”.  Nevertheless, she ended up hitching her wagon (sleigh) to a man of impeccable character, though of questionable humor, by the name of David Tousley.  Somehow, he convinced her to marry him in 1967 and although she was only 16 and he 20, they spent the next 53 years of married bliss trying to figure out where they went wrong after the birth of their first child in 1968 – a son they named John.  John was given two other siblings, one in 1970 and another in 1971, Melody and Matthew respectively, but lightning had already struck once, and it was not to be again; which is how it came to be that the ringer right out of the gate came to be writing this obituary. (Love you, Melody and Matt!) Dianne will forever be remembered as a beloved wife, loving and giving mother to her children, as well as the loving surrogate mom to any child or friend that might have happened to cross the doorstep of the family home. She was adopted by so many of her own children’s friends that she became known as Mom to anyone who met her. She had a very witty sense of humor that she delighted in passing on to her children. Her favorite humor was the type that not everyone understood.  She really got a kick out of making a joke that only half the room got – while it sailed over the heads of the rest.  That always brought a twinkle to her eye and she enjoyed sharing that sly smile with those who were in the know. She will be dearly missed by the most loving father and husband to ever walk the earth, David Tousley of Benson, NC. Together they formed the most perfect parents that 3 kids could ever ask for, 7 grandchildren could ever want, or the entire world could ever expect for love and laughter. Memorial services for Dianne will be held at Rose and Graham in Benson, NC on Friday, July 17th at 3:00PM. Rev. Rodney Wilson will officiate. While we remember and celebrate her life here on Earth, we rejoice in the knowledge that the party of Saints rages in Heaven at the homecoming of a dear soul redeemed by Jesus Christ!  We love you mom, and we miss you!  Be sure to tell Jesus a joke…after all, He created humor!             Mrs. Tousley will be available for viewing and you may sign the register book from 1:30PM to 2:45 PM at Rose & Graham Funeral Home in Benson prior to the service and the family will receive immediately  following the service.             In accordance with the current NC-COVID19 guidelines, the funeral home suggest practicing social distancing guidelines and the three W's: wait, wash, and wear a face covering. A mask is mandated for those in attendance for the memorial service on Friday.              Online condolences may be expressed at www.roseandgraham.com             Arrangements by Rose and Graham Funeral Home in Benson, NC.
To order memorial trees or send flowers to the family in memory of Dianne Lynn Tousley, please visit our flower store.