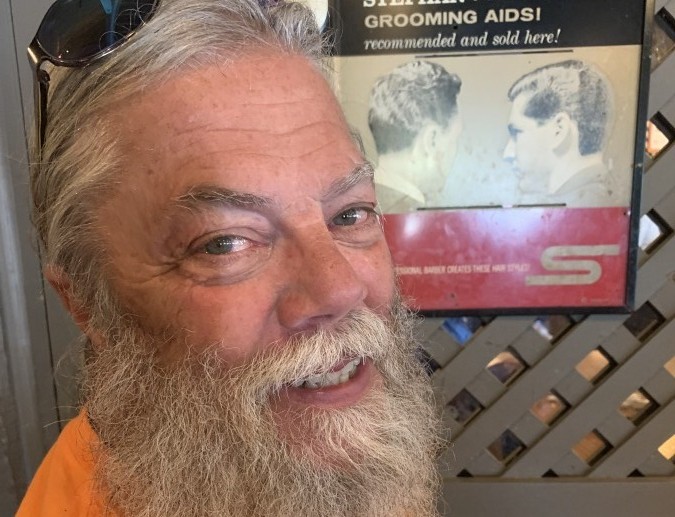 ﻿At 12:39 pm on January 10th, Heaven gained another angel when Daniel Frederick Sawyer, III known to many as Freddy or Fred, lost his battle with COVID-19.   Freddy was born September 6, 1955 in Washington, NC to the late Daniel Frederick Sawyer, II and Kathleen Sawyer. He grew up and spent his childhood in Blounts Creek, NC.   He graduated from Oak Ridge Military Academy and attended Louisburg College and later moved to Clayton, NC where lived until his death. Left to mourn the loss and cherish his memory are his wife, Cindy Sawyer, affectionately known to Freddy as “My Cindy”, brother- John Britt Sawyer (Fran), stepson - Carter White (Hady), niece - Brittany Sawyer, nephew - Johnathon Sawyer, father-in-law - Claude Carter, special friend - Joy Williams and her daughters, Rachel and Jessica whom He considered and loved as his own and his beloved fur babies, Lucy Mae and Kya.  Freddy was loved by all who knew him and never met a stranger.  The world is a little darker without him but Heaven is definitely brighter. Due to COVID-19 restrictions, a Celebration of Life service will be held at a later time.             Arrangements by Rose and Graham Funeral Home in Benson, NC
To order memorial trees or send flowers to the family in memory of Daniel Fredrick Sawyer, III, please visit our flower store.

Family to do services at later date